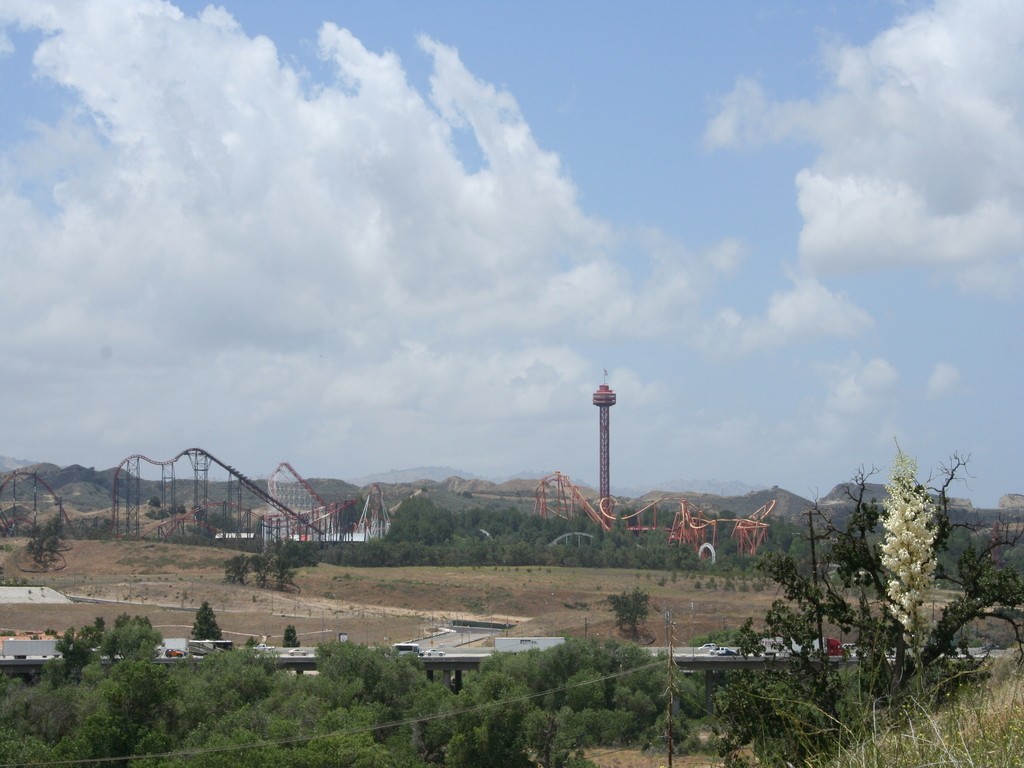 Valencia Executive Office Suites is located in Valencia Industrial Park (part of a master planned community within Santa Clarita Valley). It is a growing area within Los Angeles and it encompasses 520 square miles. Recent Demographic Reports show Population in Santa Clarita is over approximately 300,000 as of 2019.
The Santa Clarita Valley is the 3rd largest city in LA County.

Valencia is just 20 minutes north of Los Angeles (part of the Greater City of Los Angeles). Santa Clarita, CA is one of California’s fastest growing communities and is known for its award winning schools, low crime rate, clean air and temperate climate. Valencia offers employees a great quality of life. Rated one of the best and safest places to live and work in the US. Rated by FBI as the sixth safest city in the United States with at least 100,000 inhabitants and named the Most Business-Friendly City in Los Angeles County in 2008 by the Los Angeles Economic Development Corporation.

The Santa Clarita Valley boasts a supportive local government and a long list of money-saving business incentives, a robust educational system, a fast-growing economy, and a prime location.

This region boasts companies in a wide diversity of industries including Aerospace & Defense, Medical Devices & Biotech, Advanced Manufacturing, Digital Media & Entertainment and Information Technology. Why? The Santa Clarita Valley is the most business-friendly region in Los Angeles County, provides a high quality of life to its residents and is one of the fastest growing locations in the United States. 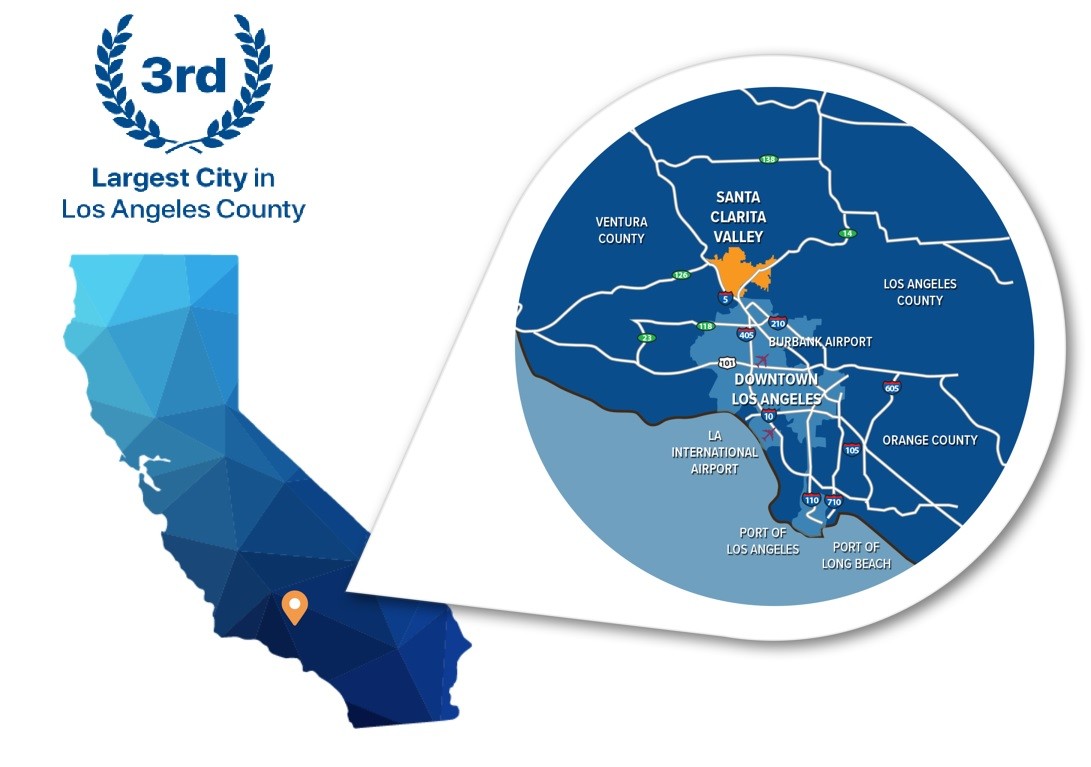 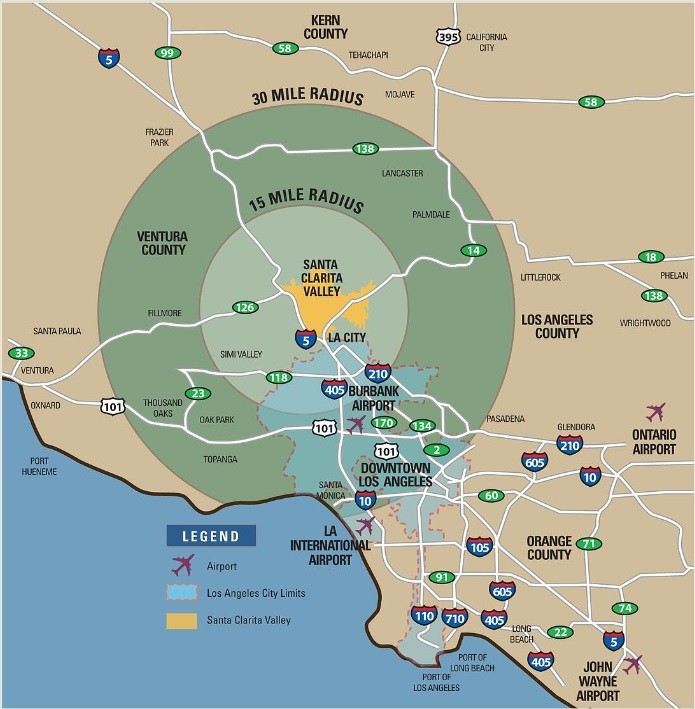 Here are some important Statistics:

WHY DO BUSINESS IN SANTA CLARITA, CALIFORNIA

WHAT MAKES SANTA CLARITA A GREAT PLACE TO OWN A BUSINESS?

by the Los Angeles Economic Development Commission (LAEDC) for 2007.

The Santa Clarita Enterprise Zone encompasses 97 percent of all commercial, business and industrial-zoned land in the city. Businesses located in the Zone may be eligible for substantial tax credits and benefits. For example, with each qualified employee hired, a company may earn $36,000 or more in state hiring tax credits over a 5-year period of time. Individuals, partnerships, and limited liability companies may claim a credit equal to the sales and use tax paid or incurred on the first $1 million of qualified machinery purchased. For corporations, the limit goes up to $20 million.

Valencia is a part of City of Santa Clarita, located in North Los Angeles County. North of San Fernando Valley, just minutes from Burbank Airport. Here, some of the most successful entertainment, biomedical, technology, and aerospace companies in the world enjoy an unmatched quality of life, highly educated workforce, master planned communities & business parks, distinguished schools, and business incentives.
Whether it’s designing new technologies of tomorrow, producing number one rated television dramas, developing life-changing products, or creating world-class experiences, Santa Clarita is the ideal place to work that allows business leaders to focus on what they do best.